Nine years ago, the Creator revealed Himself to me. His Spirit redeemed me and ripped me from the life of destruction I was leading myself into.  My whole world was shaken when I realized that my foundation, the one I built for myself and the one my culture built for me, was ill-conceived and incomplete. Up to that point, my life had been a constant pursuit of pleasure and escape, along with plans to work in the arts. But God took hold of my heart, and sent me in a different direction. He made my next step abundantly clear: go to Eternity Bible College.

Eternity quickly shattered my whole understanding of the world.  My past, my culture, my view of God and reality was torn down, and a biblical worldview was built up in its place on the foundation of Christ.

8 years and one 24 hour flight later

I’m writing from Southeast Asia, where my wife and I have been serving for the last six months. Our journey to this point has included serving in two church plants in Los Angeles, earning a second degree, and the birth of our son.

We’ve found ourselves in a land that’s foreign to us, with a long developed cultural and religious history and a language we are trying desperately to learn. We’ve endured six months of sickness, injuries, motorbike accidents, a miscarriage, and constant attacks on our minds. We’ve questioned our move, doubted our effectiveness, and wrestled with our resolve to continue.

Yet, our foundation is strong. Thanks to the Spirit’s relentless pursuit of us, and the training my wife and I received at Eternity, we press on. Working alongside the Father as He makes himself known in a country that has very few indigenous, self-propagating churches.

A.W. Tozer once wrote, “We’re here to be worshipers first and workers only second. We take a convert and immediately make a worker out of him. God never meant it to be so. God meant that a convert should learn to be a worshiper, and after that he can learn to be a worker…The work done by a worshiper will have eternity in it.”

I’m thankful that Eternity trained us to be worshipers and workers. My wife and I are truly in awe of God, and all that we do here flows from our worship. We received more than an education, we became part of a new family. We lived life together, studied together, and learned how to read the Bible and disciple others. We were given a framework to understand the world, other cultures, and other people. We had our eyes opened to the glorious reality of God’s deep love for the world, and His desire to make Himself known to all people, near and far.

We are debt free, culturally sensitive (or at least aware of our need to be), biblically literate, and alive to the heart of God. Thank you Eternity for your part in that, thank you Lord for using them. 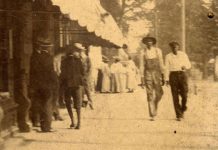 Finding Home in a Divided Land 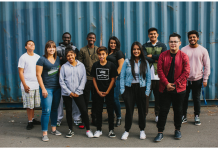 Committing to my Community