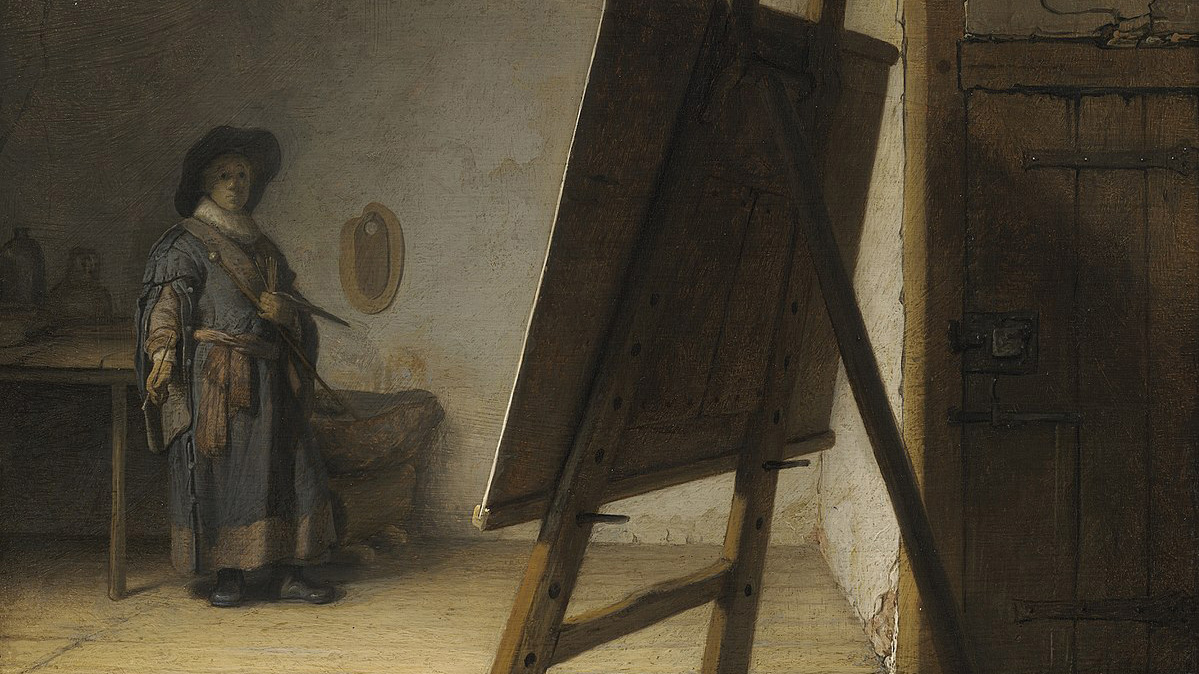 And then the Maker began to make. One powerful word at a time. For six days, God continued to say this tiny word: “yehi,” “let there be.” The word is tiny, but powerful. This little word was not earth-shattering, it was earth-generating. Every single thing you’ve ever seen, or heard of, or even dreamt of was spoken into existence in those six days.[1]

Creation is an act of the Creator. And it’s incredibly good. Thus far God has created through words: a poem written in stone and wood and soil and skies and living beings.

But in Genesis 2, God goes beyond speaking. Now he begins to “form” (v. 7). God is now digging his fingers into the dust that he spoke and forming it into a statue. This statue will become the inspiration for every statue of a human being every created, and it far exceeds them all—even Michelangelo’s David. But God is not done creating. After he “forms” he “breathes” (v. 7), and the breath that shaped the word-creation of all the stuff we’ve ever known now breathe-creates human life. God exhales into the nostrils of his statue and humanity takes its first breath.

God now takes one more creative step; this time he “plants” (v. 8). He plants a garden—not a raw wilderness or an unorganized jungle, but a specifically shaped garden. Speaking, forming, breathing, and planting God brings into existence the world we know. From absolutely nothing, the Creator creates his creation.

Given this creative context, we probably shouldn’t be surprised at the first job God gave to Adam. God created, then decided to make something like him, something “in his image and likeness” (1:26–27). So what did the Creator create this image-bearing creation to do?

“The LORD God took the man and put him in the garden of Eden to work it and keep it.” (Genesis 2:15)

Once he finished making the world, the Maker made a maker. Adam and Eve were specifically placed within the garden to “work it” (which means exactly what you’d think) and “keep it” (which means to preserve it and take care of it).

It wasn’t enough for God to make paradise, he wanted paradise to continue to be made. To be further developed. God’s creation wasn’t bad (“It was good!”), but it wasn’t finished. The Creator finished his creative activities in the beginning by creating a creator to act according to the example of the Creator.

So now, thousands of years and millions of creators later, we find ourselves standing here, on this same spoken earth, in this planted garden, as these formed and breathed human beings. And the job description remains. Created to create. Look at the world around you and see what the Creator’s creators have done. Some of it is magnificent. Some of it is horrifying. Some of it reflects the Creator. Some of it defies him. But we stand as creators, bearing the likeness of the Creator, creating in the not yet finished creation.

So what will we make? Too many Christians—who bear the image of the Creator to an unimaginable extent—have hidden away from the task of creating. It’s too hard, too dangerous, too dark, too embarrassing, too defiling, too degrading, too physical, too artsy. Too many Christians have hidden in pews or buried themselves in doctrine, as if those things are somehow antithetical to creativity. Too few of the Creator’s Christian creators have created.

Christianity actually has a rich history in this area. We have created works of staggering beauty. We have shaped our world to a profound extent. Yet who would argue that the Creator’s creators are creating as they should, all they should, where they should?

In the beginning, the Maker made a maker, and he placed us here to make this world the kind of place he wants it to be. Wherever we stand on God’s good earth, may we dirty our hands in the stuff God made and make something good and true and beautiful.

[1] Of course, there are many things that human beings would make out of the original things that God made; I’ll make that point next.