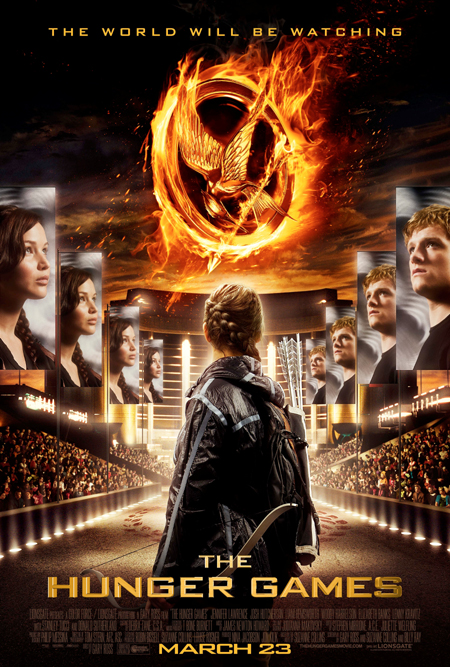 Hollywood isn’t known for its adherence to biblical truth. But in some cases, Hollywood returns repeatedly to biblical truths. As with all humanity, Hollywood can’t seem to fully move beyond Jesus, as though Jesus were a “thorn in the brain” (to borrow a phrase from Christian Wiman), a “haunting figure” (to adapt a phrase from Flannery O’Connor), or a “rock in the shoe” (from my colleague, Ryan McGladdery).

“Greater love has no one than this, that someone lay down his life for his friends.” (John 15:13)

As soon as I say that, I’m sure you can think of plenty of movies that feature self-sacrificing love, where a character lays down his or her life for a friend. Let me give you a brief sampling here, and then invite you to post other good Hollywood illustrations of this verse in the comments. And, by the way, spoiler alert: Don’t read any of the descriptions you don’t want to read (I shouldn’t have to say that, but someone always complains…).

The Lord of the Rings & The Chronicles of Narnia

I’m lumping these two together and treating them briefly because they are both adaptations from stories written by Christians. But they’re also great examples. Self-sacrifice runs throughout Lord of the Rings as Frodo and his companions risk their lives for one another and to save the world. And then Gandalf sacrifices himself so the “fellowship” can continue (and later returns—reborn—as Gandalf the White). And Aslan’s self-sacrificial death to save Edmond is so clearly Christian that I need not explain it here. But the success of these movies shows how powerful our modern culture finds such stories.

I have written on this before, so I’ll direct you to those two posts for details (here and here). But Harry’s parents die so he can live, Harry and his friends sacrifice for one another for seven years, and finally, Harry willingly lays down his life to save everyone he cares about.

In the first film, Katniss willing chooses certain death in the arena when she volunteers as a substitute for her sister, Prim. In the second film, some of the other tributes throw themselves in death’s path to save Katniss. Depending on how faithfully the third film follows the book, we may see more of this later. (I’ve written more on this here, here, here, and here).

I’ve written on why The Little Mermaid can be taken as absolutely horrifying or as powerfully edifying (here). But in either case, we see King Triton willingly becoming a pathetic piece of seaweed in order to take his daughter’s place and allow her to live. And Ariel and Prince Eric in turn risk their lives for one another and the good of the world.

In this animated gem of a film, Ralph finds himself in a place where the little kid (Vanelope) for whom he has developed a big-brotherly love is going to be destroyed, along with every other character in the arcade. As King Candy (aka Turbo) holds him high in the air and tells him that it’s “game over for both of you,” Ralph says, “No, just for me,” and throws himself strategically to his death in a boiling geyser of Diet Coke and Mentos so that Vanelope and the others can be saved. Vanelope sees his sacrifice and risks her life to save him as well.

The impossibly curmudgeonly Walt (Clint Eastwood) eventually learns to love his neighbors, and eventually gives his life for their good (see Preston’s take on it here).

After the newly crowned Elsa flees into the mountains out of fear and confusion, leaving her kingdom in a perilously “frozen” state, her little sister Anna risks her life to help her sister. She is persistent in her life-risking because of her love for Elsa, and eventually she forfeits her last hope at life so that she can save her sister. It’s seriously beautiful. (You can read more here).

After the horrifying events surrounding the Titanic unfold (spoiler alert: the ship crashes and sinks), Jack selflessly places Rose aboard a floating piece of debris and stays in the icy water, where he quickly freezes to death. A self-sacrificing act if there ever was one, but as many have pointed out, there was clearly room for two people aboard that piece of debris…

There are so many other examples we could look at. These are merely the first nine that came to my mind. But the point is, Hollywood seems enamored with the idea that love has no greater expression than the laying down of one’s life for the sake of another.

What does it all mean? Well, it certainly shows that non-Christians often say things that are true, profound, edifying, etc. It also illustrates that what we have in the gospel is the most compelling story in history. Perhaps the phrase “the greatest story ever told” has become cliché, but the host of Hollywood films (and keep in mind that we haven’t said anything about the world of literature or music here) focusing on this one biblical concept shows that this old cliché is far from tired.