I hope you’ve enjoyed the updates and personal reflections in my last few blogs about my trip to Nepal. If you’re just now jumping in, it would be best to go back and read through my previous posts to get some context for what I’m going to say here.

Naturally, I’m filled with many different thoughts and emotions as I reflect on my trip. I really don’t want to be that obnoxious American who just came back from a short-term missions trip and now wants to bark at all his American friends who just don’t get it. Nor do I want to come home and forget about the amazing work that God is doing here in Nepal. Mark put it best when he compared reentry to tuning a guitar string. Pull it too tight, and it’s way out of key (the obnoxious short-termer). Don’t pull it tight enough, and it sounds flat (the unchanged short-termer). So don’t hide your $5 Latte’s when you see me around town. I’m not going to judge you. I’m sure I’ll fall back into my own Latte-slamming routine before long. But I don’t want to forget about the many needs in the church of Nepal. I simply can’t forget. They’re now a part of me.

So here are two thoughts that have percolated in my mind this week. First, the priority of indigenous ministry. As I’ve thought and written about missions over the past few years, I keep coming back to this idea. And my trip to Nepal confirmed much of what I’ve thought. In short, local pastors and leaders are much more effective in the “on the ground” ministry than foreigners. We don’t know the language. We don’t know the culture. We can hardly breathe the air! And even when we do spend a few years and become as “Nepalese” as we can, we will always be Westerners. Beki and I had a lot of good discussions about this. “Some missionaries,” Beki said, “come in and take over our churches. After they minister in a church for a while, they say it belongs to them.” Friends: these things cannot be.

Now, please hear me out. I’m not saying that being a missionary to Nepal is worthless. I’m not even saying that taking a short-term trip to Nepal doesn’t do anything. But what I am saying is that whether you come full-time or part-time, you must come underneath and alongside the indigenous leaders—the Beki’s and Babu’s of Nepal. They know the work. They know the people. They know the needs. Let’s join them in their ministry and let them tell us what to do.

The second thought that keeps gnawing at me is money. Nearly every ministry I experienced here in Nepal was to some extent hindered by money. And yet never did any of the leaders or believers here ask for money, nor did they advertise their needs. I’m well aware that in many countries, becoming a Christian is the first step out of poverty, and becoming a pastor is the gateway to western wealth and power. So my eyes were peeled; I was on the lookout for such unhealthy attraction to the west. But there was none of that here. Or at least, I didn’t encounter it with the leaders I met. I practically had to drag their financial needs out of them, and even then they didn’t flash their Puss-n-Boots puppy dog eyes so I would dig into my wallet. But when I did get them to put their needs in concrete terms, I was shocked at how little they need and how far it would go. (I’m well aware, too, of the long-term danger of creating a never-ending system of dependency, where the Nepalese church is always dependent upon the west to survive. If western churches get excited about giving, then this discussion will need to happen.)

I’ve already mentioned some of these needs in the previous blogs, so I can just summarize them here.

Again, I don’t want to be that abrasive short-term-reentry-guy who glorifies third world churches and looks down upon the American church. Believers have issues wherever they are, and there are no perfect Christians—not even in Nepal. But let me vent just a little. Please correct me if I’m wrong, but the American church generally speaking spends many thousands of dollars a year (a conservative estimate) just to pull off a polished service every Sunday. It’s hard to tell if all the money invested into services and programs is actually fueling the Great Commission, or whether it is merely luring sheep from the other church down the street. Either way, we can trim. We can do with less. We don’t need all the costly bells and expensive whistles we think we do. And again, I wonder if all the costly clutter actually prevents us from valuing Jesus. I don’t mean to be snarky, but please convince me that I’m wrong. I love it that at one point Cornerstone Church in Simi Valley resisted the mega-church dream and gave away 50% of its yearly revenue to outside ministries. I love it that Anthem church in Ventura county (where I attend) every year gives away a huge sum of money on “generosity Sunday.” (I think we gave away more than $30k dollars last time.)

Let’s keep going! Let’s push harder! Let’s hold off on updating that 5 year-old sound system so that 50 kids can find God at Babu’s orphanage, rather than becoming sex-slaves. Let’s keep striving for simplicity in our churches so that pastors in Kathmandu can be freed up for ministry, and so that the much needed (not just wanted) church buildings can be built. Every church should be striving to be ridiculously generous toward other more needy ministries in impoverished areas. The apostle Paul spent more time in his letters talking about the redistribution of wealth within the global body than he did on justification by faith.

Someone once visited Mother Teresa and asked her, “What can I do?” She answered, “Find your Calcutta.” I think we might have found our Calcutta just north of the Indian border. Pray, and look for yours. 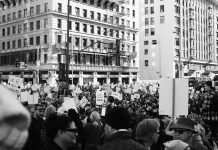