A stereotypical fairytale ends with the words, “And they lived happily ever after.” Discerning readers/viewers throw up in their mouths a little bit when they hear that phrase.

Get real, we think. Happy ever after is the naïve stuff of children’s fantasies. People don’t simply live happily ever after. We may experience resolution to some of our conflicts, but it’s only a matter of time until things fall apart again. Cinderella may have lived happily ever after with Prince Charming, but in the real world, they’d be divorced within a year.

Our cynical culture is skeptical of romantic glosses at the ends of compelling stories. The 2007 Disney film Enchanted hints at our cynical view of fairytales. It intentionally calls attention to the fact that fairytales aren’t set in the real world. Good people don’t live happily ever after. In an ironic twist, however, the characters do indeed end up living happily ever after. Disney also calls attention to this with their National Treasure movies. At the end of the first film, the main characters are all set for a happy eternity together. When the second film opens, however, we see that everything has gone wrong in the meantime. And then—Disney being what it is—they find themselves headed toward a happily ever after again at the close of the second film.

In any case, I’m convinced that our cynicism about the happily ever comes from our nearsightedness. If you want to say that Disney is unrealistic because people don’t suddenly overcome an obstacle and then live perfect lives, then you’d be right.

But you’d also be wrong. Yes, in the short-term we are going to continue to run into problems. That is reality in a fallen world. This is the only reality that we have ever experienced. But in the long-term, happily ever after is undoubtedly where we are headed. This is the hope of the Bible. The Bible ends with far greater optimism than a Disney movie ever will. Not only do the main characters live happily ever after, in the biblical ending, evil itself has been eradicated and pain and sorrow have been put away forever. Not only do things end perfectly, but there is no door left open for the eventual resurgence of evil.

So go ahead and cry at the happily ever afters our culture sets before us. These are but a glimmer of what we will ultimately experience. They are signposts pointing us to the real ending. The stories our culture tells are bound to have an inadequate and superficial understanding of the depth of the problem, and they will inevitably be naïve in their estimation of how great a hero we are actually going to need. Therefore their happily ever afters will always be cheaply won.

But this is no reason to scoff. They are right to long for a happy ending. The desire to see the world put to rights is deeply engrained in the human heart. This naïve optimism has been with us from the beginning, and it will stay with us till the end.

Let every happily ever after push your heart toward the confidence the Bible gives us in the true happily ever after—purchased with the very blood of Christ and awaiting its final and triumphant consummation at the end of all things.

On Being Well Read

All the Light We Cannot See 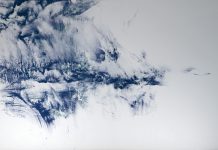 The Best Books on Christianity & the Arts