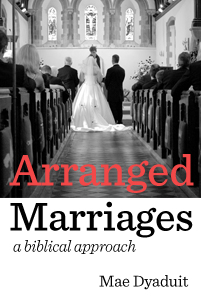 Why Christians Are Bad at Dating

When it comes to dating, Christians are often awkward. Sometimes as awkward as their non-Christian neighbors, sometimes more awkward.

One reason that dating can be especially awkward in Christian circles is that we can’t seem to agree on what to call it. Some Christians have mild preferences (“I’d rather call it this than that”), but many Christians are outspoken, not only about how dating should be done, but about what it should be called.

During one Spring semester (isn’t it interesting how people tend to hook up in the Spring?), I was mentoring five different guys who had all begun new relationships. They all referred to their relationships in different ways: Couple 1 was “dating.” Couple 2 was “courting.” Couple 3 was clear that they weren’t dating, they were simply “boyfriend and girlfriend.” Couple 4 was dating, but they were clear that they weren’t boyfriend and girlfriend. And couple 5 didn’t want anything to do with any of it, insisting, “We just want to get married.”

The courtship camp tends to be the pushiest with their terminology, claiming that if Christians are going to date in a godly way, it will look so much different than the way the world dates that we need to call it something different. My response to that is that a Christian should work very differently than a non-Christian—she will interact with her coworkers in a way that is distinctively Christ-like—but it doesn’t seem helpful to come up with a new label for that.

Here’s the key: It doesn’t matter what you call it, it matters how you do it.

As soon as I say that, however, I want to make another point clear: There is no “one right way” to date. The Bible doesn’t give a specific path from friendship to marriage.

Arranged marriages are shown in a pretty positive light, but I haven’t seen any popular level dating books advocating that approach.

Though the Bible doesn’t offer us a methodology for dating, it does give us principles that guide us in thinking about the road to marriage. For example, don’t have sex outside of marriage (1 Cor. 6:12-20, Matt. 5:27-28)—as much as Christians try to get around that one, it’s pretty clear. Or take communication within a relationship. A couple should be loving and honest in how they communicate, not manipulative and deceitful (1 Pet. 2:1). Or consider breakups. If couples head down the road to marriage, then realize that this isn’t what God wants for them, breakups are going to happen. The Bible doesn’t say anything about breakups, but it does talk a lot about division in the body. So however breakups work in dating, we can’t allow them to cause divisions.

As long as we are following biblical principles and pursuing God’s glory, we have a lot of freedom in how our dating relationships look. My wife and I dated for four years before we got married. I know other godly couples that dated for less than four months before getting married.

Ultimately, the difference between good and bad dating is whether or not the relationship brings glory to God. If every decision you make in your relationships is governed by biblical principles and a desire to glorify God, then you’re on the right path. And please don’t pressure other couples to call it exactly what you did or do it exactly as you did. Christian dating would be less awkward if we removed these unnecessary pressures.

In the next post, I will discuss our tendency to make our dating relationships into an idolatrous, all-consuming focus in our lives.