A few days ago, I raised the question whether Jesus was born at an inn and concluded that he probably was not. For some reason, I enjoy questioning our modern view of Jesus, not because I like to be edgy, but because I love to wipe clean our cultural lenses that cloud our reading of Scripture and get to the heart of what God actually said.

On that note, did God actually say that his Son was a carpenter during his 30-year stay on earth?

Maybe, but maybe not. The text is not that clear. Now, most of you may agree with me, since we now know that Jesus was not a carpenter but a stone mason. But this is just as unclear as the tradition about Jesus being a carpenter.

So what was Jesus’ vocation growing up?

To be clear, we don’t have any record in the New Testament about Jesus working with wood, laying stones, or helping his pop out in the shop. The only references we have to Jesus’ vocation are the two times when He’s called a tekton or the son of a tekton (the word often translated “carpenter”).

Now, tekton could refer to a carpenter or a stonemason, but the word simply refers to “one who works with his hands.” If someone wants to describe a carpenter, the phrase they’d use would be “a tekton of wood;” if a mason, then “a tekton of stone.” The absence of either stone or wood as a modifier indicates that the gospel writers didn’t specify which occupation Jesus and his father were engaged in. Mark 6:3 and Matthew 13:55 simply say that they worked with their hands—they were laborers who performed physically demanding and socially shameful jobs.

So how did the tradition arise that Jesus was a carpenter?

In the early church, some leaders assumed that Jesus worked with wood. Justin Martyr, for instance, noted that Jesus made various farm instruments out of wood—plows, yokes, and other tools (Dial. 88). In an effort to glorify Jesus’ humble occupation, the Gnostic Infancy Gospel of Thomas has the boy Jesus miraculously extending wood that his father cut too short. In any case, the retelling of Jesus’ vocation as a woodworker became as firm as a 2×4, so that even today this tradition is more or less assumed.

Again, maybe Jesus was a carpenter or a stonemason—or maybe he tried his hand at both. The text isn’t clear. But the point of the reference to his occupation in Mark 6/Matt 13 is to show that our majestic Savior, born in a feeding trough to an underprivileged couple with a shameful reputation, learned the trade of a peasant. He was a tekton, he worked with his hands, unlike the high and mighty kings of the day. In doing so, Jesus is the exemplar of Deuteronomy 17—the king whose “heart may not be lifted up above his brothers.” 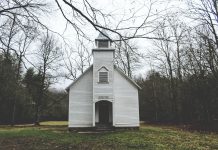 God Should Have Dumped the Church by Now, But He Hasn’t